“Teachers and Students,” said the voice over the loud-speaker, “we are now going to practice the Lockdown drill. Remember, this is just a drill.”

The teacher immediately got up and turned off the classroom lights and locked the door. If there was a closet, the students would have been ushered into it. Instead, they were directed to the corner of the room where an intruder in the hallway would not see them. Twenty eight first graders, a teacher, a teacher’s aid, and a volunteer grandmother — all asked to keep silent and still for 15 minutes or so.

After the drill, they sat and talked about it. The students wanted to know what if they were in the bathroom. Good question …and a short discussion – hurry to any classroom, they didn’t have to go back to theirs. “What if I leave the bathroom and all the other doors are locked?” Then return to the bathroom and stand on the toilet and stay quiet. These 7-year old students had good questions.

How different it was for me when I was young. I remember two drills when I was in school. First, the universal fire drill where we all had to up and leave in an orderly fashion. And, second the ‘air raid’ drill where we had to sit under our desks and prepare for Russians to drop bombs on us. Ok, most students across the country had to sit under their desks but the school I went to had tunnels between the convent, rectory and church. We all trooped to the bowels of the buildings and we crouched there during the drill.

There was this one time when I was a freshman in high school and we had a fire drill.  I was in a car accident earlier that year and my leg was in a cast and I had two miserable crutches to get around. When the fire bell rang, there was 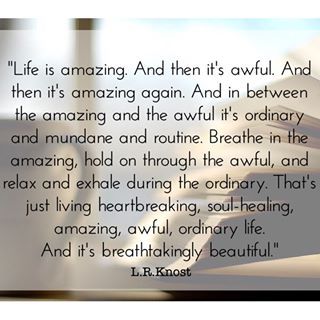 no way I could hustle down the three flights of stairs and join the others. Instead, I stayed there, knowing it was a drill and waited for it to be over. Unbeknownst to me, my sister (two years older than me) was searching high and low for me outside and was upset to hear I was left behind. She broke ranks, disobeyed the nuns and hustled back into the school, up the 3 flights of stairs until she found me.  It was one of the kindest things she could have done for me at the time.

So, sitting quietly on the floor, surrounded by first graders clearly opened my eyes as to how much things have changed in the world. Russian bombs never landed on my school nor was there ever a fire. Sadly, there have been MANY men (yes, middle/upper class, white men) who have entered buildings with weapons only to hurt the people inside.

I’m grateful for the drill but unhappy they have to exist in the first place. It’s just a reminder to surround yourself with people you love and let them know how much they mean to you. Simple request. Do it now.

I’m in touch with my family members, can see their photos and follow what they’re up to. Birthdays, parties, proms, vacations, awards, successes and lots of other family related stuff.

After viewing this video, my happy fuzzy feeling about Facebook fizzled away.

Not to freak you out — but this is kind of pervasive. More to follow, ok?

“It is a great art to saunter.” – Henry David Thoreau

As we move on the web, the Trackers saunter … picking up our leads, following our cookie crumbs with a sly grin. Creepy, huh?

In my last post, I reminded you about being tracked (can you say Spied On?) by a host of companies. If you downloaded Ghostery (free software) like I did, you can see what company is tracking you on every website you visit.

Network Advertising is a website that allows you to Opt Out of Member Companies so they won’t track you. It’s like the DO NOT CALL LIST to eliminate unwanted sales calls.

At Networkadvertising.org,  scroll down to the bottom of the page where the list of Member Companies are listed. I chose the Select All button and Opted Out of all of them.
While I was writing this column, I went back to review the opt out list and realized a whole new list of Member Companies were listed today that were not there yesterday.
Select All – Opt Out – AGAIN! Opting out of a network does not mean you will no longer receive online advertising. It does mean that the network from which you opted out will no longer deliver ads tailored to your Web preferences and usage patterns.

Bookmark the page and check back often to wash, rinse, repeat … You need several types of software and several applications to get the bugs, spies and cookies out.

Another thing to do on a regular basis is to unplug your modem. When you plug it back in after a minute, the IP address will change. That’s like throwing a hunting dog off the scent for a short while.

The debate around online privacy has largely centered around advertising that is targeted at people depending on where they have been online.

…When you purchase a Nook, Kindle or Google Books E-reader.

The E-readers are sleek, smooth and novel. We can download our favorite books and articles from magazines, journals and e-books and fit a bookstore in our pocket.

And that bookstore has us in their pocket too. Google Books logs all your search data with an IP address and will associate searches with your Google Account if logged in. Amazon also logs data about what you’ve viewed and searched for. The privacy policy for the Nook isn’t clear, according to the EFF, but Barnes & Noble logs data on searches made and pages viewed on its website. This information from ReadWriteWeb.com touches the surface about the eyes that watch us.

Who Monitors What You’re Reading?

“Google logs the books and pages viewed, and while Amazon does too, EFF says that the “exact parameters of information logged in unclear.” It’s not known if the Nook monitors your reading after purchase. But Sony Reader, FBReader, Internet Archive, the iPad, and the Adobe Content Server do not.

Who Tracks What you Buy?

Again, Google and Amazon track the purchases you make on their sites. The privacy policy is unclear for both the Nook and the Sony Reader. The iPad will keep track of purchases made on the iBookstore and via other Apple apps, but otherwise no.”

Is your ebook reading up on you?

If adventures do not befall a lady in her own village, she must seek them abroad. Jane Austen

Watercolor Lessons that unlock the artist within you!