I had a strange bike ride this morning. I rode about 3 miles and then came to a detour on the bike path. I decided to turn around and head west. I rode for about 2 miles and came upon LOTS of people running. It wasn’t a race – just a running club. There must have been over 70 people, young and old. Some were jogging, some walking, some running very hard. They were on the path for another 2 miles. I realized the Universe had a different plan for me.

I hauled my bike off the path and onto the road. Bike riding in my area is easy to do because we have bike lanes everywhere. And riding on a Sunday made it all the easier. I rode until I happened upon a garage sale. There wasn’t anything I wanted to buy but the seller and I talked for about a half hour about family, children, grandchildren, jobs and the area. It was the reason I was detoured twice on my initial route – just so I could end up talking to her.

After I rode away, the wind started to blow and the trees just let loose with their leaves. I got of

f my bike and let the leaves wash over me. It was a surreal moment – it looked like it was something from a Hallmark movie. The only thing missing was the puppy dog looking on with love.

I eventually got my hour of movement but it was nothing like I had planned. It was a bike ride, detour, detour, conversation, shower and bike ride.

And, it was all so good!

Other great posts to read: 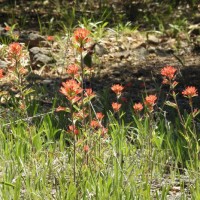 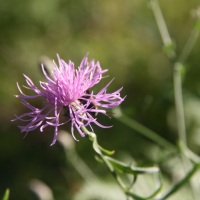