Walking in Carson City during the lunch hour is a fun place to be. Since Carson City is the capital of Nevada, I was surrounded by history and government. Everywhere I looked I saw signage about the Pony Express and the men who rode the trail year after year to connect the east and west via mail. Those letters contained marriage proposals, business documents, deeds, and the hopes and dreams of the early pioneers. Their role made some miserable lives a bit more meaningful. My thanks to them and their endeavors.

On the main drag in Carson City, NV, the majestic administration buildings and dome capital building shined in the afternoon sun. These glorious building were hemmed in by old and tired looking gambling casinos, run down businesses and some new and hoppy pubs and breweries.

The second half of my walk took place at the Steward Indian School. This amazing compound located on 240 acres in S. Carson City opened 1890 until 1980. It’s mission was to “train and education Indian children with the ultimate goal of assimilation.” This lofty goal of the US Government was part of the mindset back then. To rein in and tame the Indian spirit and teach them the ‘white man’s ways.’ As if the white man’s ways were the one and only way to do things. I hope the Indians benefited in some way from this school and that they were able to make a living in the ever changing white world.

As the number of school children grew, those trained in stone masonry constructed over 60 native stone buildings. I hope it was all part of the learning phase and the Indian masons were compensated for their efforts. 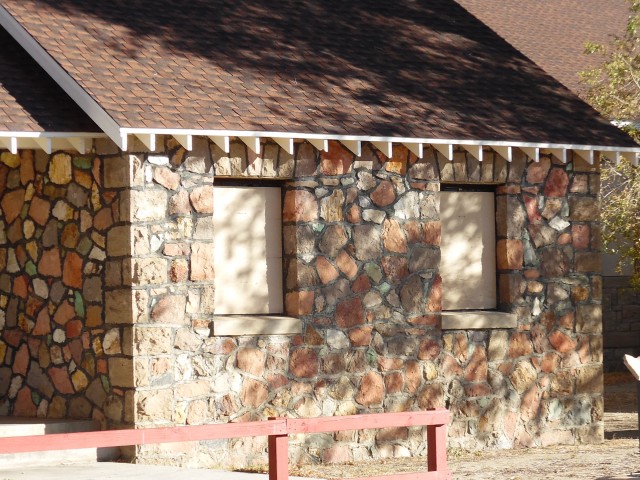 Although most of those buildings are boarded up, a handful are open and operating by the state of Nevada for training, classes and agency offices. These buildings are amazing – the stonework takes your breath away. They are solid-looking and so attractive. Be sure to look at my photos below. The Steward Indian School is

listed on the National Registrar of Historic Places. My guess is that most people in Carson City have no idea the place is there. It is full of history and beauty and boarded by the Sierra Nevada mountains.

More blogs from others in the Write 31 Challenge