Is it luck or positioning? Do successful people have more attention, money, intelligence or opportun

ity or was their year of birth the deciding factor? Do gymnasts perform better because of their coaching or because they are located near a gym?

The best hockey players are born in the first four months of the year – only because the cutoff date is January 1. Those born in June or later have already missed 6 months of play and are at the back of their league.

So, Outliers is more an explanation of why some people are successful. Those computer guys … Jobs, Gates, Joy… were all born in 1954-1956. They were a product of their time and embraced the computer world at a time when others were reading Archie and Mad.

Why are Asian students so much better in math than US students? It has more to do with their language concept of numbers according to Gladwell. US students lag behind the rest of the world for a variety of reasons but in particular are the shorter school days and long summer vacations. Some schools, like KIPP schools operate six days a week and year-round to increase learning and change the lives of many students.  More time in the classroom would certainly change the outcome for a whole population of slackers.

The thread in this book is that external forces make all the difference. Having unlimited computer time as a 13 year old, gave Bill Gates a head start that others would never have. And being born in 1955 didn’t hurt him either. Or perhaps, Bill gates and those other successful men followed their passion and didn’t step back. They embraced computers and found any open door they could as a way to stay in that world. They took what they learned and shared it with the world

So, being in the right place at the right time is the key to being an outlier – right? Or perhaps … a bit of passion, a kernel of an idea,  a nudge of encouragement and a hint of goodwill are all part of the success equation. 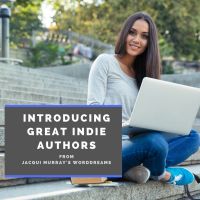