When it comes to politics, names change, parties change but the person in charge follows the same old recipe from the person before. It’s old, boring and dangerous in a time when Colorado needs new ideas, different sources of income and hope.

I read an interesting article about Tom Tancredo because he said something out of the ordinary. He said he supports the legalization of marijuana as a new source of income – something bold and refreshing, imagine that! 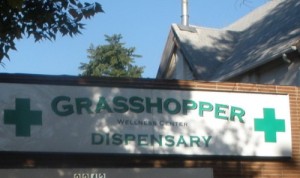 Once I understood the amount of revenue that marijuana dispensaries bring to a community, I appreciated more clearly that Tancredo was on to something. Trying something new in a time when businesses are dying, people are struggling and hope is dwindling is a daring thing for a politician.

Boulder and Colorado Springs have figured it out… and are benefiting from tax revenues gained from this new industry. Tancredo, the American Constitution Party candidate for governor said, “Legalize it. Regulate it. Tax it.”  Not the normal platitudes you hear from a politician — almost refreshing to hear, isn’t it?

In Boulder, so far this year, medical marijuana businesses have contributed a total of $314,862 to the city’s coffers, representing about $9.23 million worth of product.

The ads and commentary focus on anything but the economy – which implies that politician are out of touch with the middle class struggles.  The economy is the MAIN  issue and I’d love to hear our politicians tell us how they plan to get us hopeful again … though outside of  Tancredo, it’s all pretty much the same stuff….isn’t it?

Does our vote really matter?