This past summer I had the golden opportunity to visit my sister in Ireland. I arrived in late June and was greeted with one of the warmest summers on record. The weather included bright sunshine, warm days and a sun that set after 10 pm (finally!)

While I was there, I did many of the tourist things that we all do. I went to Dublin, Trinity College and the Book of Kells, visited churches and museums, walked up and down hills, ate potatoes (lots of potatoes), drank beer, took photos and was entranced by castles.

If Walls Could Talk

Hidden in plain sight was the thatch cottage. Many of them are gone now, dismissed and ignored or torn down in the building boom of the 1990’s when highways were built with disregard to some of the history that was being destroyed.

I had the opportunity to visit some of the cottages or homesteads where the two-three room dwelling with dirt floors and a central fire place was the standard way of living 50 years ago.  As you look at the ruins of the homes, you can still see the sturdy interior white-washed stone walls.

Ducking my head in the small doorway, I entered the cottage to see blackened pots, an iron bed

frame, a cross and picture of the Jesus and another of Mary, Mother of God and other religious icons.  The cottage was solid, the window frames intact and the roof was strong.

This cottage and so many others like it dot the Irish hillsides, standing in the shadows of newer homesteads build by affluent residents over the years. Like the thatch cottages, these homestead cottages have a story to tell and the people who lived in them are still here to tell it. As family members return to Ireland to learn about their family, they can visit cottages as well as cemeteries. Many landowners don’t understand the historical nature of the homestead cottage on their property.  Although many siblings grew up in the cottage, it belongs to the “one who stayed behind.”

I visited many of these structures and they are in shambles. As with the castles, these humble cottages have history oozing from the rafters.  It would be a simple thing to ask local communities to clean up the cottages and create a

‘homestead tour.’  Tourists could ride bikes or take busses from cottage to cottage, learning local history, visiting shops, touring museums and libraries to have a peek at the Irish past – at the past of their parents and grandparents.

It would be the gift that keeps on giving as long as family keeps on asking. 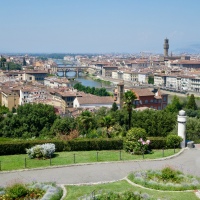 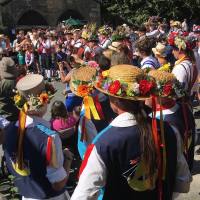